Turning your passion into your profession: cinema, photography and imaging 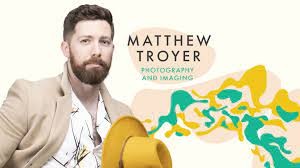 Creating and capturing images has come a long way since the creation of Nicéphore Niépce View from the Gras window in 1826. As we continue to take a closer look at Ringling College of Art and Design majors, we turn our attention to the academic programs in film and photography.

The universal presence of smartphones with built-in cameras has made the medium of photography more accessible than ever. But photography and imaging students at Ringling College learn to step out of the ordinary and capture photos that create single-image narratives and elicit strong emotional responses. Ringling’s photography curriculum is designed to guide our students as they dive into an exciting new era of digital photography, while basing their education first on the foundations of traditional analog and darkroom practices. . Students have access to our state-of-the-art computer labs, studios, large-scale digital printers and scanners, darkrooms, high-quality cameras and interchangeable lenses, lighting and much more. But this is only the beginning. They also learn to use the latest technologies and various multimedia supports to tell their stories. The field of photography is so diverse and the needs are great – allowing graduates to use skills in a myriad of fields, depending on their interests and passions.

Matthew Troyer, a former military combat photographer, is a prime example. He sees photography as a powerful way to tell important stories. “There are so many stories I want to tell,” he said, “and photography has given me an outlet to share my own story and the stories of others in an impactful way.” One of Matthew’s significant projects sheds light on veterans’ military experiences and combat trauma, as well as the close family bonds created by these shared experiences.

Another perk of Ringling’s photography program is our connection to the International Center of Photography in New York. ICP is the world’s premier institution dedicated to the practice and understanding of photography and visual culture. Each year, photography and imaging majors compete to spend a year of their degree studying at ICP, where they will be exposed to world-renowned faculty, challenging ideas, and a diverse group of international students. Currently, Ringling College is one of three undergraduate programs nationwide to offer this affiliation. From Ringling graduates leading photography departments at major corporations to award-winning, nationally recognized freelance photographers, Ringling photography and imaging alumni lead the way in telling stories through the lens.

Across the Ringling campus, you can find film students immersed in the world of filmmaking, learning every step of the process, from directing and producing to scriptwriting, cinematography and sound. , post-production and more. Always ranked by The Hollywood Reporter Among the top 25 film schools nationwide, students in this major have the option of studying either Narrative Film – the most traditional style of cinema – or Branded Entertainment – ​​a faster, more impactful version of specific film to a product or a cause.

Although the golden age of Hollywood is far behind us, cinema continues to evolve to incorporate new cutting-edge technologies. Over the past 20 years, film production has been profoundly changed by the impact of rapidly improving digital technology, with almost all productions now being shot in digital formats, producing better images than film screenings. traditional. With new streaming platforms and home theaters, the future of movies and cinema continues to evolve. Due to the depth and breadth of the program, Ringling College Film students begin their professional lives with a head start, knowing all that goes into making a great film.

Part of what makes Ringling College’s film program unique is the Ringling College Studio Labs, the College’s 36,000 square foot complex featuring two professional-level soundstages and a post-production facility. At Studio Labs, film students have the opportunity to learn from a galaxy of industry professionals, including Beau Bridges, Dylan McDermott, Andy Garcia, Matt Dillon, Richard Dreyfuss, Marisa Tomei, Anna Paquin, Forest Whitaker and many others. They all came to Sarasota to support the Ringling College Film program and work with our talented students, giving them real-world filming experience.

Today, our graduates work as directors and producers for major networks, have been recognized for their achievements at major film festivals, and are helping to redefine visual storytelling.

Former Sony Pictures Imageworks Executive Director Ken Maruyama confirmed, “The quality of Ringling’s work and the concept development behind it is of a very high professional standard. The real passion for creativity is here at a higher level than any other school we recruit from. Ringling College is proud to support the creative pursuits of our students as they embark on this exciting new era of photography and film.